Erwin Blumenfeld is considered to be one of the early pioneers of fashion photography alongside George Hoyningen-Heune, Cecil Beaton, and Horst P. Horst. It was not only his employment of experimental techniques in the darkroom, Dada and Surrealist influences, and groundbreaking street work, but Blumenfeld’s unique and masterful combination of elegance and eroticism that transformed fashion into high art and paved the way for Richard Avedon, Irving Penn, Herb Ritts, and other photographers who enjoyed such prominence and recognition in the history of art.

In addition to holding the record for the most covers of Vogue, Blumenfeld’s works were abundantly reproduced within the pages of Cosmopolitan, Harper’s Bazaar, Life and Vogue during the 1930s, '40s and '50s. Many of the images from these shoots will be featured in this exhibition and have since become icons of the history of fashion photography. Some have never been seen before. But all of the prints showcase not only Blumenfeld’s innovation as a photographer of fashion but also his spectacular skill as a printmaker. In his retrospective examination of Blumenfeld’s work, William Ewing writes, “His highly original and visionary work was a seamless blend of the negative and positive: taking the picture in the studio and making it in the darkroom.”

In the studio, Blumenfeld often employed mirrors, glass, and backgrounds reproduced from paintings, images of cathedrals, or mosaics of magazine covers. He often used veils, which could distort or elongate the figure, confident that a woman partially concealed was more erotically charged that one seen fully nude. He also believed the printing of the image was as every bit as important as the process of capturing it, and like Man Ray, he was tirelessly inventive in the darkroom, deploying a variety of optical and chemical tricks, including multiple exposures, solarization and bleaching.

Blumenfeld was born in Berlin in 1897, and as a young man he moved to Amsterdam. It was there, while keeping a leather goods shop, that he began to experiment with photography and became involved with the Dada movement. He would use the shop’s storeroom as his darkroom, and would display his photographs in the windows. Success in the leather business eluded him, but his confidence with photography grew, and when he relocated to Paris in 1936, he set out on the career that was to make him famous. While initially the fashion magazines were reluctant to employ him, the more avant-garde publications like Photographie regularly featured his work. Finally, with the crucial support of the British photographer Cecil Beaton, who was closely affiliated with Condé Nast, Blumenfeld was awarded a contract with Vogue in 1938. In the summer of 1941, just after his release from an internment camp during the German occupation of France, Blumenfeld and his family emigrated to New York. By the 1950’s he was the most accomplished and highest paid fashion photographer in the world. 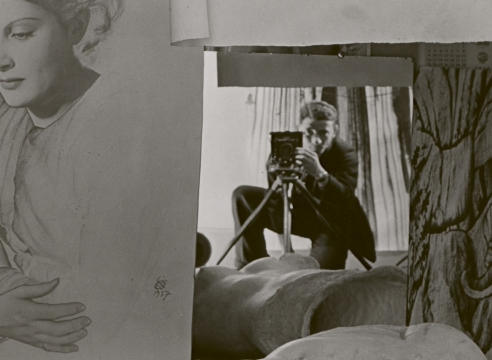 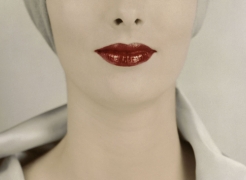 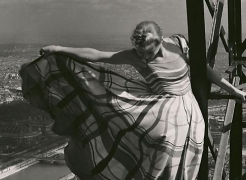 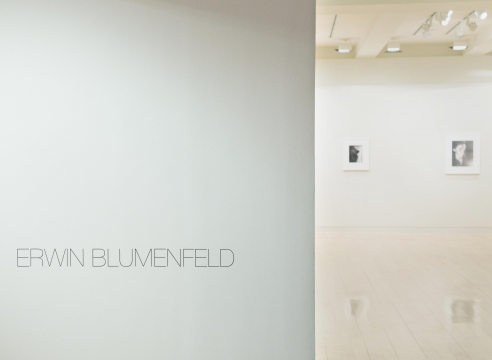 Erwin Blumenfeld had a full retrospective at the Jeu de Paume in Paris in 2013, so the arc of his photographic career, and its movements from Dada and Surrealism into the realms of high fashion, has been comprehensively detailed relatively recently. Given that context, this show takes a smart approach and heads for a narrow theme – the interconnected nature of Blumenfeld’s use of drapery, shadows, and veiling in his photography, primarily as seen in 1930s and 1940s pictures of the female form but also in a few portraits. It’s a tight edit, and that commonality of subject matter allows us to follow Blumenfeld’s experiments with composition and process more closely. 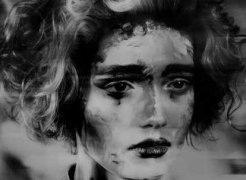 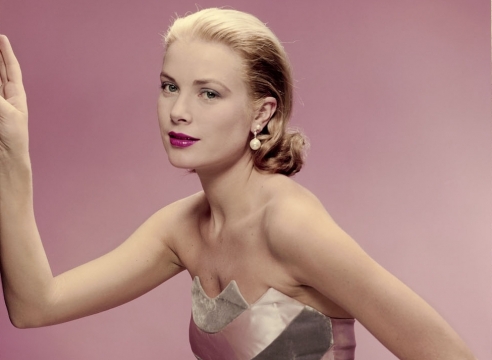 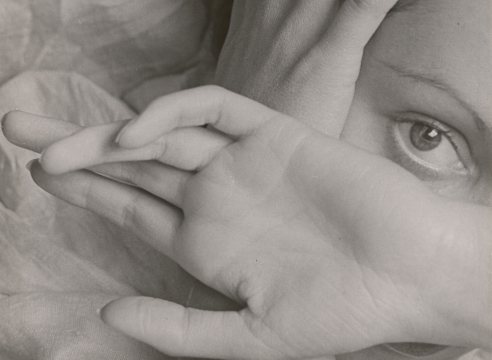 Goings On About Town: Art
Erwin Blumenfeld in The New Yorker 19 December 2011

Some thirty vintage fashion photographs, made between the late nineteen-thirties and the early sixties, establish Blumenfeld’s avant-garde ambitions but only hint at the range and the audacity of his work. As one of fashion’s most inventive photographers, he brought a distinctly European sensibility to Vogue and Harper’s Bazaar, where his pictures often put a surreal spin on classical motifs. Although the selection is uneven, the photographs here include his famous image of a windblown model perched high above Paris on the Eiffel Tower, as well as experimental work involving doubling, shadowing, high contrast, and darkroom techniques that allowed him to frame his subjects in eruptions of gestural abstraction. Through Jan. 7.